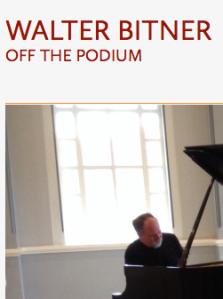 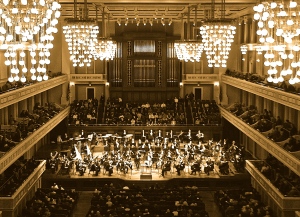 THE NASHVILLE SYMPHONY WARMS UP BEFORE A PERFORMANCE OF GUSTAV MAHLER’S NINTH SYMPHONY, FEBRUARY 27, 2015.

I published my first post Leitmotif in Mahler’s Ninth Symphony on March 3, 2015. My hope was to write and publish a post on a weekly basis. Due to the vagaries of a constantly changing schedule and my own inexperience, I have been unable yet to keep to a regular weekly posting, but I have managed to publish 4-6 posts per month which averages out to one every 5-7 days, even if the actual postings come in fits and spurts. Including today’s post, I have published 54 posts in 2015, and also put up About and Bio pages as well as 2 Media pages: Bitner Finest Ales and a brief description of my work with Music City Youth Orchestra 2007-2012. The site is an ongoing project which I tinker with from time to time but the primary impulse behind it has been to build an online portfolio of my writing, and to experiment with a variety of approaches to writing within the clearly defined topics of Music and Education. 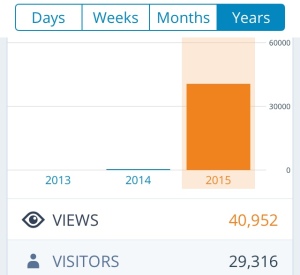 Let’s do the numbers

In the less than ten months since that first post on March 3, more than 29,000 visitors have viewed more than 40,000 pages here on walterbitner.com. The vast majority of these views are of blog posts. Considering the relatively small audience for the topics that are the focus of my writing on Off the Podium, I am encouraged! 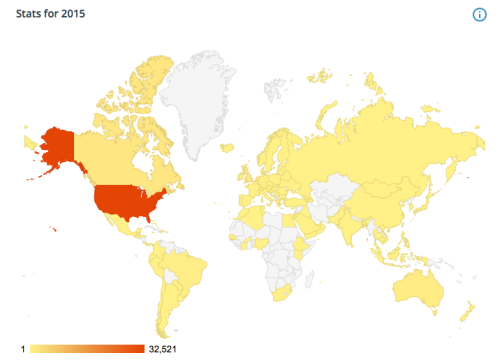 Off the Podium’s international readership: countries from which people have visited this site are highlighted

What really surprised me was that people all over the world read my blog. Off the Podium is read on every continent except Antarctica by thousands of people in 123 countries. 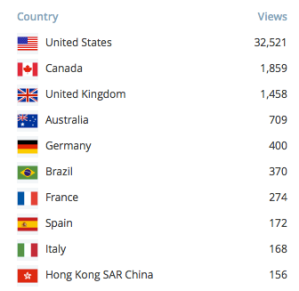 Unsurprisingly, English-speaking countries account for five of the Top Ten countries where Off the Podium readership resides, with readers in the United States accounting for nearly 80% of all views, followed by readers in Canada, the UK, and Australia to make up the top four, with Hong Kong in tenth place. However, in each of the other five countries in the readership Top Ten a different language is primary: (in order from 5-9) German, Portuguese, French, Spanish, and Italian. Go figure!

You can read the official 2015 report on Off the Podium from WordPress here.

This is the list of Top Ten Posts by number of views. In my opinion some of my best posts have been largely neglected by the readership, but I think this is mainly due to my own inexperience with internet marketing. These are simply the Top Ten Posts calculated by how many times they have been viewed, in order from one to ten. All of these posts have been viewed more than 500 times, and most of them have views numbering in the thousands. Click on the title to view the post!

By far the most successful post in terms of readership numbers with 16,681 views to date, Wholehearted Attention accounts for about 40% of all views of Off the Podium in 2015. A music education post describing the complexity of musical activity, it has been featured and linked to from many music education websites and FaceBook pages.

2. How to Teach Recorder Fingerings

3. The Joy of Solfège

This is the first post in my four-part series on teaching solfège which I published over a month from August-September. This series was – and continues to be – popular: 2 of the 4 posts in this series made it to the Top Ten.

My only satire post (so far). Apparently it is rather dry, as there were a lot of people who read it and appeared to take it at face value from the responses they left on FaceBook. I still think it’s funny.

5. Sumer Is Icumen In

This is the nuts and bolts entry in my Solfège series, detailing all syllables and scales for the practical teaching of solfège in the music classroom, regardless of grade level. 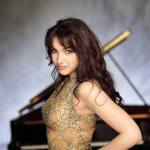 Meet the most remarkable pianist of her generation, still practically unknown in the United States. With a complete overview of her discography, photos, and Youtube links.

8. What Kind of Human Being Do You Want To Be?

A spontaneous response to attending a performance of Brahms’ Requiem at West End United Methodist Church in Nashville, one of my favorite concerts of 2015.

A snapshot history of the instrument combined with a brief recollection of my personal history as a recorder teacher and performer. Did you know that the recorder is a real instrument?

To balance the previous list with a selection of honorable mentions whose merit is not based on quantity of views, these are three of my favorite posts which did not make it into the Top Ten by number of views. They are listed in chronological order.

This Epilogue to my series of posts on Solfège recounts examples of exercises I used in high school choir rehearsals, and what we learned when I taught my choirs to sing seven choruses from the Mozart Requiem, which was more than we expected.

“Il Divino” Francesco Canova da Milano (1497-1543) is the first great instrumental virtuoso and composer of instrumental music in the history of Western music, although he is little known today. If you like instrumental music, you should at least know who he is (was). Part II in my ongoing series of posts The Lute.

Another autobiographical post, this one is about how I became a jazz pianist, and found myself playing jazz again this year after a 25-year hiatus. With a nice little story about Ella and an introduction to Bitner Finest Ales.

About half of my blog posts in 2015 were about or directly related to something happening at the Nashville Symphony: most of these posts were about Education & Community Engagement programming: my department. I also wrote many articles about artistic topics including music being performed by the orchestra during the season such as the post I began with, Leitmotif in Mahler’s Ninth Symphony or The Brandenburg Concertos and Anton Bruckner and his Romantic Symphony.

These are the Top Three Posts (by view) on Education & Community Engagement programming at the Nashville Symphony this year.  I am not including the Top Post in this category Free Day of Music 2015 in this list (it was No. 12 in the overall list by number of views) because it is simply an interactive schedule of performances for our gigantic annual October community music event, not an article.

Kelley, Kristen, and I spent so much of 2015 preparing to launch this ground-breaking new program: the roll out begins over the next few months with student and family information meetings in January and February, and our first auditions in March. No. 13 in the overall list. 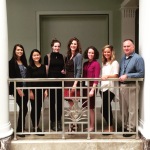 In 2015 we had a dream team of summer interns. I asked each of them to tell me what they felt were the most important aspects of their experience here, and then I cobbled it all together with some lovely photos into this post. No. 15 in the overall list.

How Anna Joined The Symphony

The true story of the Nashville Symphony’s double manual Franco-Flemish harpsichord, built by Adam Decker in 2005. Anna came to us via the Boston Early Music Festival and my choir program at Nashville School of the Arts – another autobiographical post. No. 16 in the overall list. 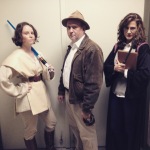 My pick for the qualitative category is a thorough description of what our department accomplished in August-November 2015. It’s a bird’s eye view of what life is like for us here as we try to plan and execute around two dozen programs. Includes a very fun promotional video for our programs featuring conductor Vinay Parameswaran and the three of us dressed as the characters you see here! 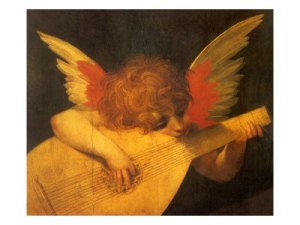 I learned a lot from writing these articles. Sometimes I have found the blog format to be constricting – people expect a blog post to be brief and more often than not, I tend towards articles that are more “in-depth”. I am learning to be more concise and have deliberately written some posts to a self-imposed word count, while at the same time I have also experimented with breaking up a topic I wish to write about in detail into a series of posts, such as the 4-part Solfège series described above. In September I began to write a series of posts beginning with Meet the Lute detailing the story of this beautiful instrument as well as its important place in music and cultural history, and my own experience as a lutenist. It has grown into a monthly series which I fully intend to continue in 2016.

One of the things I saw several times through the process of writing all of this was that some of the most successful articles – both in terms of “flow” or how easily and quickly I was able to write them, and in terms of popularity – were posts I wasn’t planning to write at all, but just found myself sitting down to write in response to something I had witnessed or something that occurred to me unexpectedly.

It has been a joy to find myself finally beginning to write here this past year, and to find that I can actually do it. Thank you for reading!