END_OF_DOCUMENT_TOKEN_TO_BE_REPLACED

On Monday, March 25, 2019 the Nashville Symphony was thrilled to host The Third Annual Schermerhorn Invitational Choral Festival at the hall under the direction of Dr. Tucker Biddlecombe, Director of the Nashville Symphony Chorus and Director of Choral Activities at Vanderbilt University’s Blair School of Music. Six choirs from Middle Tennessee public high schools gathered for a day of music making with each other and Nashville Symphony musicians, which culminated in a performance for family and friends at the end of the afternoon.

A wonderful time was had by all!

END_OF_DOCUMENT_TOKEN_TO_BE_REPLACED 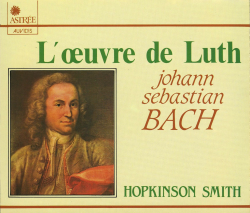 END_OF_DOCUMENT_TOKEN_TO_BE_REPLACED

Today is March 7, the birthday of French composer Maurice Ravel. I remembered this because last night I was reading Jean Echenoz’s terrific biographical novel – unsurprisingly titled Ravel – and came across the passage in Chapter Five when the protagonist celebrates his fifty-third birthday with a big crowd in New York that includes George Gershwin, who played The Man I Love for him.

Although perhaps not a constant presence, Ravel’s music has been an important and recurring strand in the web of my musical life.

Do you like Ravel? I think it’s interesting that we understand this question to mean “Do you like Ravel’s music?”, as if the man and the music he wrote were the same thing.

I’ve never met anyone who admitted that they didn’t like Ravel’s music.

END_OF_DOCUMENT_TOKEN_TO_BE_REPLACED

As we have done each winter for more than twenty years, the Nashville Symphony hosted our annual Curb Concerto Competition for students ages 14-18 last month.

Nineteen superlative young musicians from across Tennessee and beyond competed in this year’s competition: 6 flute players, 4 violinists, 3 pianists, 2 clarinetists, 2 saxophonists, and one student each on cello and bassoon. Both rounds took place on the stage of Laura Turner Hall at Schermerhorn Symphony Center.