END_OF_DOCUMENT_TOKEN_TO_BE_REPLACED

Keith turns seventy today.  For those reading this who are not familiar with him, Keith Jarrett is an American treasure, and one of the most important musicians alive today.  He is among the most accomplished improvising musicians in history and we are fortunate that we live in the age of recording technology: we have a voluminous record of his career spanning nearly five decades that catalogs his development as an artist, as well as many of his experiments and side-projects.  In addition to his stature now as senior jazz statesman, Keith is also an accomplished performer of classical music, with many recordings of Bach and Mozart, etc. as well as music of 20th century composers (including himself) to his credit.

I realize that beginning a post with superlatives is contentious, but considering Keith and his life as a musician, it seems fitting to me – he has been nothing if not controversial.  Through his entire career Keith has very much followed his own path, refusing to compromise on his ideals even to his own detriment.  Looking back on his career as he enters his eighth decade, I am not familiar with any other pianist who has accomplished such profound music-making as both jazz and classical artist.  I am aware of no other musician of any genre or instrument who has filled concert halls consistently for decades with audiences who come to hear completely improvised solo concerts, led several acclaimed jazz ensembles including the longest lived (more than 30 years) and most respected piano trio still performing today, and devoted a substantial amount of time (more than a decade) and energy to recording and performing classical music, as a soloist and concerto performer, and as a composer.  There is nobody else who has done this, nor done it so well, nor for so long.

END_OF_DOCUMENT_TOKEN_TO_BE_REPLACED

The symphony is off for spring break, and there are two important musical events taking place in Nashville this week.  Both of these concerts involve symphony musicians – as well as other outstanding artists both from our community and elsewhere – and considered together are a good example of the breadth of music-making happening in our city.

On Thursday evening, March 26 at 7:30 pm, intersection will present their debut performance at The Platform, a relatively new Nashville event venue.  Led by Nashville Symphony Chorus Director and previous Associate Conductor Kelly Corcoran, intersection is a new Nashville ensemble dedicated to presenting 20th and 21st century music in innovative performances.  For those who have been following this, it has been a long time coming, and it will be exciting to see what Kelly and the ensembles she has gathered share with us on Thursday night. 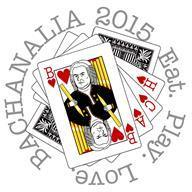 And then on Friday evening, March 27, Christ Church Cathedral presents the Ninth Annual BACHanalia, Nashville’s annual celebration of the music of Johann Sebastian Bach.  Presented in the church’s sanctuary by local musicians, the music begins at 5 pm and continues without pause until 11.  One of the musical highlights of the year, our annual Bach festival as usual features both traditional and unorthodox performances of Sebastian’s music.  The full program may be viewed here.

The acoustics in the church’s beautiful sanctuary are particularly well-suited for this event, of which I have very fond memories (I participated in 2008 with a recorder quartet comprised of myself and three students – we played selections from The Art of Fugue – and again in 2014, when I led the Nashville School of the Arts Chamber Choir in a performance of Cantata 106, with soloists from Blair School of Music accompanied by musicians from the Nashville Symphony and Music City Baroque, with former NSA choir director Michael Graham at the harpsichord).

From 2009-2012 (at least), BACHanalia was presented on the same night as the Hume-Fogg Battle of the Bands, in which my son performed every year.  Each of those years I would catch his band’s act, then run down to the cathedral for as much of Sebastian’s music as I could hear before running back to the school’s auditorium for the award presentation at the end of the night.  Luckily they are only two blocks apart!

The church offers food and drink in their fellowship hall during the concert for those who need sustenance to last the night, the event is free, and listeners are encouraged to attend as much or as little as they wish.