The most remarkable pianist of her generation – Russian-born Olga Scheps, who was raised and resides in Germany – has continued this year to develop her repertoire and career in surprising directions. I first wrote about Olga nearly a year ago, upon the release of Vocalise, her fifth CD for Sony. That article – Meet Olga Scheps – includes biographical notes, links to some videos of her performances, and an overview of her discography.

The last year has been busy for Olga – in addition to her concertizing, she has just released another disc – so I decided to write a review of some of her recent activities, and about her new recording, Satie.

END_OF_DOCUMENT_TOKEN_TO_BE_REPLACED 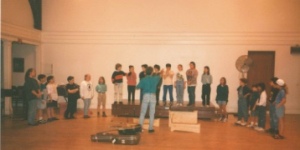 I urge every teacher who works with groups of children to do this. At the beginning of the school year, or whenever you are beginning to work with a group of students you do not know for the first time – or perhaps a group that is a new constellation, some of whom you know and some you do not – take the time to learn all of their names right from the beginning, and make a special effort to do so. It will take some time and effort, but will reap big rewards in the long run and begin your relationship with the students on a sound footing by demonstrating concretely that you care about them.

It occurred to me to write about this yesterday. I was making a “guest appearance” at a summer choral music day camp to work with a group of students I did not know – I was given a 45 minute period in which to bring them some singing activities. Without any consideration at all I planned to begin my work with them with the name-learning stunt (described below) that I developed at the beginning of my career, and which I used invariably whenever I found myself in front of a new group of students. I did this even though it used up several precious minutes of my brief 45 minute window, because I knew that if I did this first, the rest of the class would go so much better.

END_OF_DOCUMENT_TOKEN_TO_BE_REPLACED

The Richness of Difference

Last week the League of American Orchestras held our industry association’s 71st annual conference in Baltimore. The national event was hosted by the Baltimore Symphony Orchestra and brought hundreds of representatives from orchestras across the country – as well as other related organizations – to share dialogue, strategies, networking, and of course music, in several packed days of intense conversation.

I was there for the entire conference, not only as a first-time attendee, but as a speaker – it was my honor to represent Music City and to share about the Nashville Symphony’s groundbreaking Accelerando program with orchestra education and community engagement staff, El Sistema educators, and other interested parties from across the country.

END_OF_DOCUMENT_TOKEN_TO_BE_REPLACED 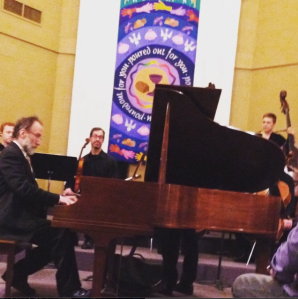 Roger Wiesmeyer’s multi-faceted role in the Nashville classical music scene has long been a important presence in our community. Born in Nashville, Roger grew up here and attended Hillsboro High School and Blair School of Music before going away to school at Curtis Institute and on to positions in the Pittsburgh, San Francisco and Honolulu symphonies. He returned to Nashville in 2001 to become the Nashville Symphony’s english horn player. In addition to his work as an oboist and english horn player, Roger is an accomplished pianist, and he has presented annual concerts to celebrate Mozart’s birthday every year since 2003.

This month Roger is launching a new project – and gift – to Music City: the Nashville Concerto Orchestra.