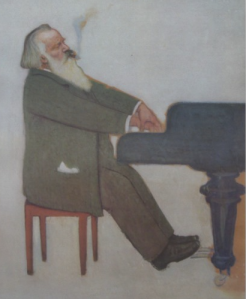 Like Sebastian, Brahms is a composer whose music has been a deep and abiding presence in my life. Yet I have so far avoided writing much about his music here on Off The Podium. Beyond a reflection I wrote in 2015 after attending a performance of his Requiem, I have merely mentioned Brahms a few times in other articles. So far.

Today, in honor of Brahms’ Birthday, I offer these personal anecdotes:

END_OF_DOCUMENT_TOKEN_TO_BE_REPLACED

Pictures at an Exhibition

Viktor Hartmann: Plan for a City Gate in Kiev, watercolor, 1869

Modest Mussorgsky (1839 – 1881) was a Russian composer best known today for a few celebrated works, including Night on Bald Mountain – a musical depiction of a “witches sabbath” most often played on Halloween programs and other programs depicting musical grotesqueries – and Boris Gudunov, an opera based on a drama by Pushkin: the butt of one of the first classical music jokes music majors learn in undergraduate school:

Q: Why did Mussorgsky only write one opera?
A: Because one Boris Gudunov.

His most beloved composition today is Pictures at an Exhibition, which was originally written as a large suite for solo piano but is best known to the listening public as a large-scale symphonic work in its orchestration by the French composer Maurice Ravel (1875 – 1937).

END_OF_DOCUMENT_TOKEN_TO_BE_REPLACED 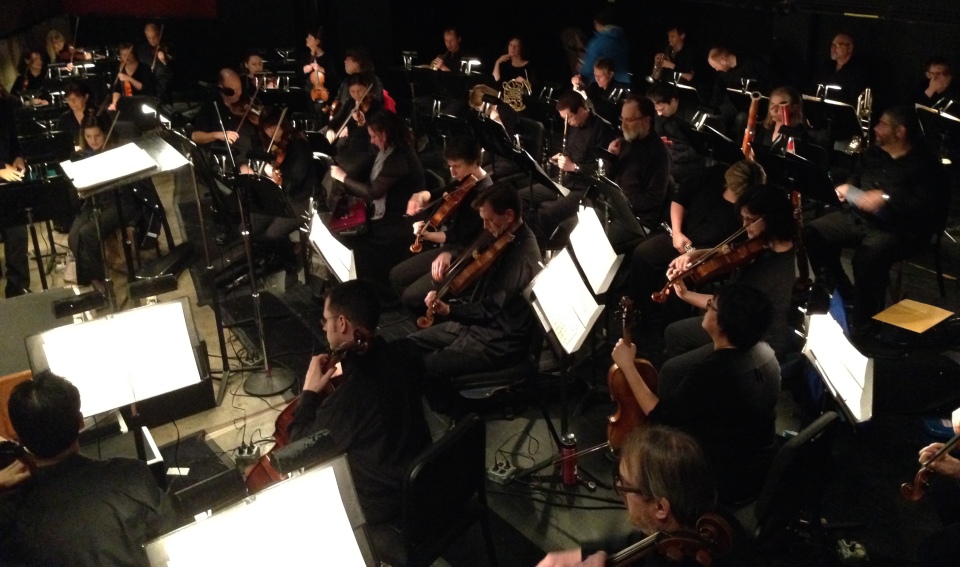 The Nashville Symphony warms up in the pit at TPAC’s jackson Hall before a performance of Mendelssohn’s A Midsummer’s Night Dream with the Nashville Ballet, April 24, 2015

Nashville Symphony musicians are in the process of performing in three programs featuring the music of the German Romantic composer Felix Mendelssohn.  Beginning last Friday through Sunday, the symphony accompanied the Nashville Ballet in Mendelssohn’s A Midsummer Night’s Dream at TPAC’s Jackson Hall.

Finally, beginning (TOMORROW)  Thursday, April 30 with performances following on Friday, May 1 and Saturday May 2, the symphony will perform Mendelssohn’s Piano Concerto No. 1 with guest soloist Benjamin Pasternack in a program that also includes music by contemporary composer Frank Tichelli and Tchaikovsky’s Symphony No. 6 “Pathetique”.

END_OF_DOCUMENT_TOKEN_TO_BE_REPLACED

This weekend I was reminded of the embarrassment of riches we have in Music City.  The symphony presented fabulous concerts on Friday and Saturday, featuring two works by American composer Michael Daugherty, both recent and one (Tales of Hemingway for Cello and Orchestra with the incomparable Zuill Bailey) a world premiere, alongside standard repertoire by Beethoven and Stravinsky.  On Sunday, Music City Baroque presented their 10th Anniversary Season Finale with a performance of the Vivaldi Gloria at St. George’s Episcopal Church, and West End United Methodist Church presented a performance of A German Requiem by Johannes Brahms featuring their Chancel Choir under the direction of Matthew Phelps, with Margy Bredemann, soprano, and Jonathan Carle, baritone.  Both of Sunday’s concerts were free.