END_OF_DOCUMENT_TOKEN_TO_BE_REPLACED

Four young composers had been selected for this year’s three day event from November 13 – 15, one of whom may potentially earn a performance of their work on the Nashville Symphony’s 2018/19 Classical Series.

FREE tickets are available now! to a performance on November 14 at which the Nashville Symphony, under the baton of Music Director Giancarlo Guerrero, will conduct the selected work by each of this year’s Composer Lab Fellows.

END_OF_DOCUMENT_TOKEN_TO_BE_REPLACED

Peter and the Wolf 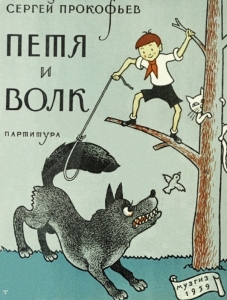 It’s one of the most often performed works in the orchestral repertoire, and with good reason: Sergei Prokofiev’s Peter and the Wolf may be the most ingeniously composed piece of musical storytelling ever written for children.

This month, the Nashville Symphony performed Peter and the Wolf for thousands of local elementary school students as the featured work on this season’s Young People’s Concert for 3rd and 4th graders. I had not heard the piece for a while. Over the last couple weeks as I observed our superlative orchestra performing Prokofiev’s masterpiece for rapt audiences of children, I thought about the unique power of music to invigorate and develop a child’s imagination.
END_OF_DOCUMENT_TOKEN_TO_BE_REPLACED

Here is your interactive, one-stop rundown of the Nashville Symphony’s 12th Annual Free Day of Music. This year’s event will be held on Saturday, October 21, as always at the Schermerhorn Symphony Center.

Performances showcasing more than 20 different musical acts will be presented on four stages located both inside and outside Schermerhorn.  A diverse array of performers from throughout the community will present a wide range of musical styles including classical, country, rock, jazz, soul, world music and more.  Follow the links below to learn more!