END_OF_DOCUMENT_TOKEN_TO_BE_REPLACED

This weekend saw the third time my birthday came and went since I started writing Off The Podium, and each time I thought about writing this little article. It seems like such an obvious thing to do – a “no-brainer” – like other things I have written about here, and yet…it is these obvious, little, yet essential efforts teachers sometimes sacrifice with all the demands on our time in the classroom.

END_OF_DOCUMENT_TOKEN_TO_BE_REPLACED 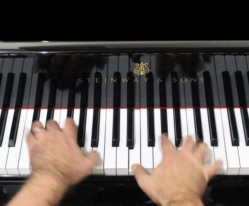 When I was 9 or 10 years old, my piano teacher assigned me a simplified arrangement of Scott Joplin’s The Entertainer. At that point in my piano study, I had not yet attempted to play anything that required such independence between my hands – this arrangement retained the typical ragtime style of a syncopated melody in the right hand set against the left hand alternating bass notes on the beat and chords on the division of the beat.

This piece was a struggle for me to learn, but it was the right piece at the right time. Despite the difficulty I had in coordinating my hands to play the two distinct rhythmic patterns against each other, I was captivated by The Entertainer and very motivated to learn it. My parents had taken me to see The Sting and had given me the film’s soundtrack recording on LP featuring Marvin Hamlisch’s marvelous arrangements of Scott Joplin’s original rags. So putting The Entertainer in my hands at that stage of my piano curriculum was timely on the part of my piano teacher and incredibly fortuitous for me. Thank you, Mrs. Stoike.

I clearly remember the day it happened.

END_OF_DOCUMENT_TOKEN_TO_BE_REPLACED

There Are Two Kinds of Education

I know that the title of this article sounds like a joke, but in fact, I’m serious. Of course: there are many different kinds of education; what I am referring to here are two fundamental approaches to educating our children. Understanding these two approaches and the differences between them can help facilitate understanding of why children are being taught what they are being taught, why schools are structured the way they are, and ultimately, why there are so many problems in schools – especially public schools – in the United States today.

The two approaches to education I am referring to are:

END_OF_DOCUMENT_TOKEN_TO_BE_REPLACED 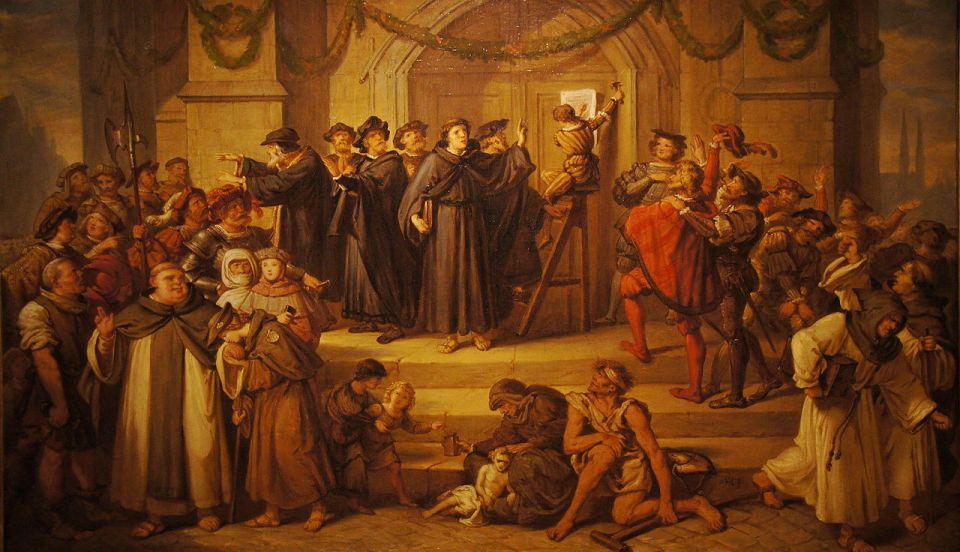 This week marked the 500th anniversary of the Reformation. On October 31, 1517, Martin Luther posted his Ninety-Five Theses to the door of the Castle Church in Wittenberg, Germany. This protest against the sale of indulgences by the Catholic Church led to the social, cultural, and philosophical revolution we now call the Reformation – which in turn led to many changes in the abilities of governments and religions to control the personal lives of individuals in Western Civilization, among other things.