Walter’s Working Model
of the human being, the universe, and everything
with a view towards a philosophy of education 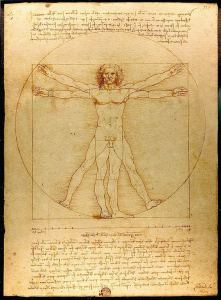 The universe is composed of a lot of stuff that for some reason takes on two forms called matter and energy. There is a lot of disagreement as to why this is so and what this stuff actually is, but developments in science over the last century have pretty much confirmed that in fact matter is a form of “stored” energy and that ultimately that is what the universe is made of: energy. For some reason this matter/energy manifests itself in organized systems and over immense spans of time has developed uncounted such forms including galaxies, stars, planets, rocks, bicycles, and: biological organisms.

The human being is a biological organism composed of matter/energy. The organism is both an independent set of systems (an individual) and an interdependent component of larger systems (social and biological organizations, etc.). Though an independent organism (seemingly a whole unto itself) it is part of the surrounding environment upon which it is utterly dependent for its existence. To maintain its existence the human being participates in a constant exchange of both matter and energy with its environment. Without this exchange the organism will cease to exist. The exchange includes matter (food, air, etc.) and energy which is received by the organism in the form of impressions. This flow of matter/energy both between the individual and the environment as well as internally within the organism (the flow or exchange, not the matter/energy itself) can be called spirit. It is interesting to note that this word comes from the Latin spiritus (breath) and it is the source of the English word respiration.

The material aspect of the organism can be called body (physical aspect) and the nonmaterial (energy) aspect of the organism can be called mind. Mind can be further understood as being composed of emotional and intellectual aspects. The physical aspect of the human being begins development within the body of the mother and, with birth, begins the lifelong process known as human development with the beginning of its own independent, separate physical existence. There is some controversy over when exactly the emotional aspect of the human being begins development, but it is definitely sometime between conception and the first year of existence (infancy). The intellectual aspect is usually thought to begin development early in infancy with the acquisition of images, which in turn over the first few years of life develop into the ability to think symbolically and eventually conceptually – the birth of the so-called representational mind. 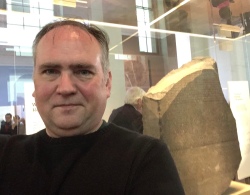 The human being receives an uninterrupted flow of impressions from both its environment and from its own internal processes, as well as creating impressions itself on other beings and the surround. These received impressions include impressions from the physical body (sensations: visual, aural, tactile, olfactory, gustatory, thermal, etc.), from the emotions (feelings: joy, grief, fear, contentment, antipathy, etc.), and from the intellect (thought, memory, judgment, reasoning, etc.). The internal flow, organization, and repository of these impressions is called the psyche. The psyche can be further understood as being composed of both conscious and unconscious aspects. 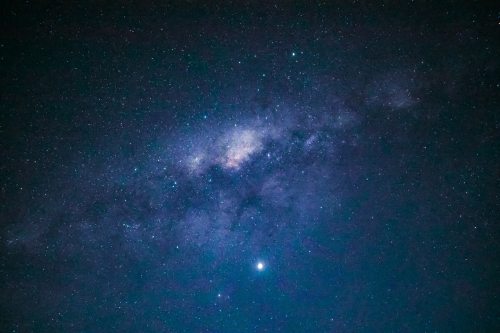 Photo by Nicole Avagliano from Pexels

I wrote this brief essay during my final year teaching at Linden Corner School in Nashville, Tennessee – either in the fall of 2006 or the spring of 2007. Linden Corner was in the process of becoming a certified Waldorf school at that time and as a teacher at this faculty-run school I spent hours every week from 2004 – 2007 discussing with other faculty and staff the philosophy and worldview known as anthroposophy upon which it is based, specifically as it pertained to teaching and curriculum. Anthroposophy is what Rudolf Steiner called the spiritual teaching he delivered to his followers in the early twentieth century, and Waldorf schools follow a curriculum and approach to education that is defined by Steiner’s teaching. During my three and a half years teaching at Linden Corner I became increasingly frustrated by (many) aspects of the Waldorf approach to education that did not align with my own understanding of the world, and in the end this was one of the primary reasons I left the school at the end of the 2006-2007 school year.

At some point during that last school year, in reaction to being immersed in an educational environment based on principles I did not agree with, I came home from work one night and wrote this “manifesto”, perhaps as a way to articulate for myself what I actually did believe.

Then I set it aside and completely forgot about it.

Twelve years later in July 2019, I came across my Working Model again when I was sorting through belongings during preparations to move from Nashville to Richmond: two pieces of paper inserted seemingly at random in a box of other documents related to my teaching at Linden Corner. I read through it in surprise, with no recall at first of having written it at all. As I thought about it, the memory slowly returned, tinged with emotions from that period of my life. By far however, what I felt when reading this was a sense of affirmation: I still believe this describes my understanding of the way things are. This is an accurate description of my personal philosophy. I have not edited it, changed it, added to it, or deleted anything from it.

In recent years I have been slowly assembling a collection of writings about education and about music education particularly, much of which I have already published here on Off The Podium and in articles for various magazines and internet publications. What I have not yet done is articulate exactly what I think the purpose of music education is or should be. I have long felt that the approach taken by advocates for music education – especially when developing arguments to present to legislators, funders, and parents, many of whom have not had a quality music education themselves – I have long felt that these lines of advocacy do not acknowledge or express the true value of music education in the lives of children, or why musical activities are unparalleled opportunities for children to develop the intellectual, emotional, physical, and social capacities, skills, and awareness that our world so desperately needs its adults to have.

Finding my Working Model again after all these years was what I have heard many teachers call an “aha!” moment – here’s my angle. This is where it begins. To determine the purpose of music education, one must begin with the purpose of education.