Warm Up On Canons

Chances are good that if you’re a choral director, you already have a choice selection of canons in your bag of tricks, ready to be brought out at a moment’s notice to fill out the last few minutes of a rehearsal, or to keep the students from getting too restless and rowdy on a long bus ride – or simply because “we haven’t sung this one in a while”. 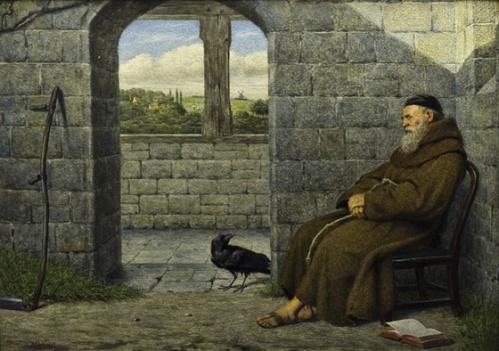 Canon is a counterpoint technique in which a melody is written in such a way that it can be combined with itself by two or more voices entering at specified intervals, either at the unison (most common in canons written as choral music) or at some other interval. Canons form an important part of any musician’s repertoire, and some of the most influential compositions in history employ canon in various ways. The central compositional scheme of Sebastian’s The Goldberg Variations, for example, is the strict canon employed between the two upper voices in every third variation, at an interval that increases by a step over the interval of the previous canon (i.e. the third variation is a canon at the unison, the sixth variation is a canon at the second, etc.).

Most canons intended to be sung are not as complicated as The Goldberg Variations! and many canons are intended to be sung, indeed. Small children are usually taught to sing simple canons as a matter of course – chestnuts like Row, Row, Row your Boat or Frères Jacques are often among the first songs we learn. These simplest canons – known as rounds – employ a very short delay between each voice’s entrance, and usually just express the tonic chord repeatedly, without cadences.

Catches take the choral canon a step further than rounds do by extending the length of time before the second (and each subsequent voice) enters until the melody comes to a cadence. This form of sung canon was immensely popular during the Baroque period.

“What makes a good catch? Firstly, a melody of character which will combine harmoniously with itself, and secondly, a text which takes on added significance when it too is superimposed upon itself, so that the new meaning ‘catches’ the ear…Catches are musical miniatures, convivial, destined as much for the pleasure of the singers as for any audience that may gather to hear them.”

Canons in the School Choral Curriculum

Throughout my years as a choir director for children and youth, I collected the best rounds and catches I could find – over a hundred of them – and incorporated them into my teaching in various ways. In the elementary school, canon is the gateway to harmony: often the first experience children have singing harmony is through singing rounds in Kindergarten (or earlier). By the time my students began singing from written music (and music written with distinctly different parts) they already had several years of practice singing harmony under their belts, and the transition to the increased demands on their attention and independence was not difficult.

I taught canons extensively in elementary school and have already written about some of these here on Off The Podium: Sumer Is Icumen In; How Great Is The Pleasure; As I Went Over Tawny Marsh. I love these three canons and each was a pillar of my choirs’ repertoires grades 3 – 12. How Great Is The Pleasure, with its beautiful expression of the simple joy to be found in singing with others, took pride of place above all others as the “theme” song for all of my precollege choirs.

In high school, the bulk of my choirs’ repertoires consisted of music in several parts, of course: SATB and more. But I still found ways to incorporate canon into our music-making. One of these ways was to incorporate canons as a warm-up activity, teaching and repeating them regularly until the choir had built up a small repertoire of canons they could sing readily. Many of my public high school students had not experienced this kind of singing with any kind of intensity before, and took the same delight in it that my elementary school students had.

Canons for Warming Up

Some catches from the 17th and 18th centuries are difficult to sing well, and impressive to perform. These five canons, however, are among the first I taught to high schoolers, and are not particularly difficult.

Warm Up On Canons PDF 1 free to download, print, copy:
As I Went Over Tawny Marsh/Bubbling and Splashing

Warm Up On Canons PDF 2 free to download, print, copy:
Wilt Thou Lend Me Thy Mare/Let Simon’s Beard Alone

Because a canon by definition is music for more than one voice in exact imitation, canons are especially suited to digital manipulation by the tools and toys available to music students and teachers. Through the use of copy/paste, a single recorded performance of the canon can be quickly transformed into a full-voiced digital performance of the piece.

Music educators who are using recording projects that employ DAWs or other apps to create multi-voiced performances may find canons uniquely suited to helping students become accustomed to the novice audio engineering skills that all of us are navigating right now, during the COVID-19 pandemic. With a limited number of individual parts to grapple with (one!), canons may provide a musical form for digital manipulation that helps students (and teachers!) learn skills quickly enough to attain a satisfying result without undue frustration.

This article was originally published in Choral DIrector magazine, January/February 2021.

How Great is the Pleasure

Sumer Is Icumen In

The Joy of Solfège