Last month I traveled to Detroit, Michigan for the 6th annual Sphinx conference – SphinxConnect – and 21st annual Sphinx Competition. SphinxConnect was held this year at the downtown Detroit Marriot at the Renaissance Center. This was the third year in a row I have attended the conference and competition, and my second as a speaker.

Detroit in February ~ the view from my hotel room at the Detroit Marriot at the Renaissance Center, February 4, 2018 (click images to enlarge)

I arrived in Detroit less than a week after my trip to the U.K. to speak at the ABO conference. It made for another intense experience attending sessions and holding rare conversations with colleagues from all over the country (and beyond) whom I only see once or twice a year. At both of these conferences the topic of so many of these conversations centers around the increasingly urgent question of how we can collectively improve diversity, equity, and inclusion (DEI) in classical music.

It’s amazing to see how this event has grown, even over the last two years. More than 600 people attended this year, and the Westin Book Cadillac – a lovely historic hotel built in 1924 where the conference had previously been held – was no longer a venue with sufficient capacity to host it. As in previous years, most events took place at the hotel, with the exception of performances and rehearsals involving the Sphinx Symphony Orchestra such as the Competition Honors Concert (on Friday, February 2) and the Competition Finals Concert (on Sunday, February 4), which took place as usual in the Detroit Symphony‘s beautiful Orchestra Hall at the Max M. Fisher Music Center.

Fisher Music Center was also the venue for the Sphinx Orchestral Partners Auditions (SOPA), now in their second year, which were held on January 31, the day before the conference began. SOPA aims to identify classical musicians of color for invitation to auditions, pre-advancement at auditions, and/or placement on substitute-player lists. This program also hopes to align participating musicians with support as needed, with the ultimate goal of job placement for musicians of color in American orchestras. The Nashville Symphony is proud to be one of 18 orchestral partners who participated in SOPA this year. 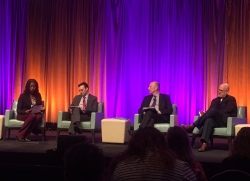 I attended as many sessions as I could revolving around a variety of topics that bear on the central question of the conference (and Sphinx’s mission) of how to improve DEI in classical music. Sessions at Sphinx always feature a wide variety of offerings. This is clearly a conscientious attempt on the part of the organizers to make the conference as relevant to as many attendees from as many backgrounds, stages of career, and organizations as possible. Some of these included: a frank discussion of practical aspects for negotiating the orchestral “scene” in Europe for ethnically diverse musicians by a panel of musicians who are doing just that; a comparison and sharing of DEI initiatives at major U.S. conservatories from a panel of deans representing those schools; a discussion of funding goals and practices a panel of representatives of major philanthropic foundations; masterclasses, artist showcases, and much more.

This year I spoke on a panel that discussed the role of community youth orchestras as part of the “pipeline” preparing musicians for careers as professional classical musicians. The session was titled “Get ‘Em While They’re Young: Igniting action within youth orchestras“. I was joined by Adrienne Thompson (Manager, Atlanta Symphony Orchestra’s Talent Development Program) and  Charles Dickerson (Executive Director and Conductor, Inner City Youth Orchestra of Los Angeles), and our panel was facilitated by Katie Wyatt (Executive Director, El Sistema USA). All three of these fine individuals are well known to me from several other conferences we have attended together in the last several years (Sphinx and elsewhere), and Adrienne in particular has been a superb mentor and sounding board for me and my staff as we have navigated getting Accelerando off the ground. The Atlanta Symphony TDP is our “sister” program, and many aspects of Accelerando are modeled after TDP’s astounding success. I am proud to consider all of these people friends and it was a wonderful experience to sit at a table with them and talk about the inspiring and important experiences that are possible for students in youth orchestra.

The most momentous session I attended was the announcement of The National Alliance for Audition Support (NAAS).

The National Alliance for Audition Support (NAAS) is a four-year $1.8M project supported by The Andrew W. Mellon Foundation and the orchestras of America, with the founding partners of League of American Orchestras, New World Symphony, and The Sphinx Organization. The goal of the program is to diversify America’s orchestras by supporting the careers of Black and Latinx orchestral musicians through audition training, mentorship, and financial support for auditions.

It was an inspiring weekend. I feel honored to have a small part to play in the burgeoning movement to bring the universal potential of our art form within the practical grasp of EVERYONE. There is simply no other event like SphinxConnect – so much is packed into a few days!

inside then Detroit Marriot at the Renaissance Center 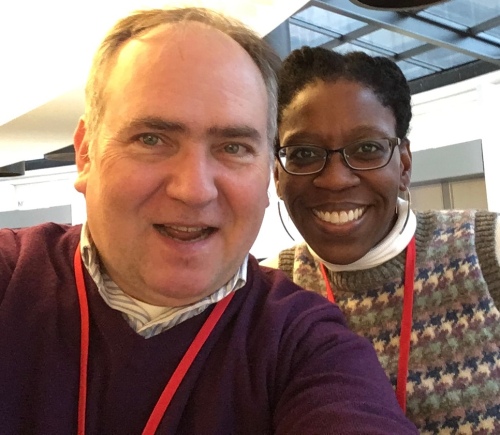 at Sphinx again with my friend and Nashville colleague Dr. Maya Stone, bassoonist and teacher extraordinaire! 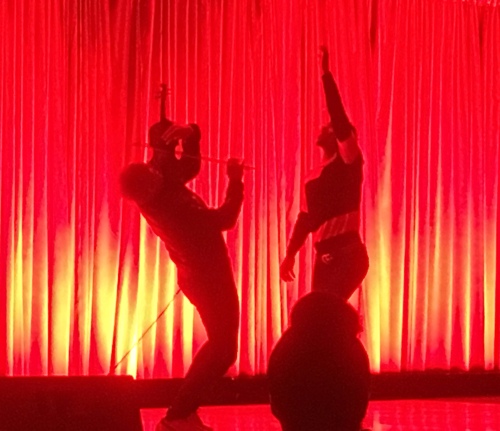