I don’t like to think of myself as a critic or a reviewer, but occasionally I make a raid into the territories inhabited by these creatures. Last week the English choir The Tallis Scholars released a new CD of Josquin Masses, and as I marveled for the ten-thousandth time at the sublime accomplishment of this ensemble in the stolen moments I was able to spend listening to it, I decided not to let it pass without remark.

Just in case you aren’t familiar with them, The Tallis Scholars were founded in 1973 by their director Peter Phillips, and are the world’s leading performers of renaissance polyphony. A good argument could also be made that they are the finest and most accomplished choir in the world, and the finest early music ensemble – notwithstanding their occasional foray into contemporary choral literature. 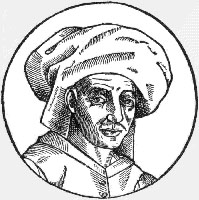 I first encountered The Tallis Scholars in the early 1990s. I was studying renaissance lute with Pat O’Brien in New York City then, and for a period of several years spent a lot of time learning to play music by Francesco da Milano (1497 – 1543) and his contemporaries. Francesco was the first great instrumental virtuoso in the history of Western music – he lived in Italy during the first half of the 16th century, and was heavily influenced in his manner of composition by Josquin des Pres (c. 1450/1455 – 1521). During the 16th century Josquin was widely admired throughout Europe as the most excellent composer of the time, and Francesco worked a generation later in some of the same court environments Josquin had been part of. Francesco intabulated many of Josquin’s motets and incorporated Josquin’s counterpoint techniques into his own compositions. 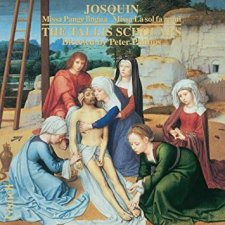 The Tallis Scholars’ first recording of Josquin was the first by an early music ensemble and the first on an independent label to win the prestigious Gramophone Record of the Year award in 1987.

So it was natural for me at a certain point to become interested in Josquin’s music, which led me to the bins at a Tower Records store in New York. There I found The Tallis Scholars’ first recording of music by Josquin – two masses: the Missa Pange lingua and the Missa La sol fa re mi, which was recorded in 1986 and won Gramophone’s Record of the Year in 1987. I snapped it up and took it home, and so began my long admiration for the work of Peter Phillips and this remarkable choir.

A year or two later The Tallis Scholars spent a week in New York as part of a world tour (there have been so many now), and my wife and I had the riveting experience of hearing them perform twice in the same week – two completely different two-hour programs at different churches: an all-Lassus program and an all-Victoria program. We were astounded by their virtuosity and stamina, by the sheer beauty of the sound of the ensemble and absolutely pure intonation, by the utter silence and rapt attention of the standing-room-only audiences, by the incredible depth and emotional impact of the music itself. 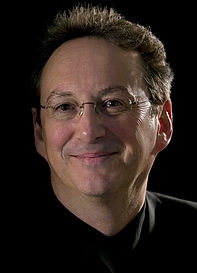 Peter Phillips literally wrote the book on English renaissance choral music. His English Sacred Music, 1549-1649 (published in 1991 but now unfortunately out of print) is a comprehensive and unrivaled study that carefully considers nearly the entire extant repertoire – I am very fortunate to have had a now well-used copy on my shelf all these years.

Many of their recordings found their way into my CD collection over the years and deepened my appreciation, understanding, and love for the unbelievably beautiful and vast renaissance sacred choral repertoire – music by not only Josquin, but Tallis, Palestrina, Byrd, Victoria, Lassus, and so much more. The Tallis Scholars record exclusively on Gimmell Records, which was founded in 1980 by Peter Phillips and Steve Smith. At this point they have made some 60 recordings, including some of previously unrecorded repertoire in addition to more well-known renaissance standards, and collectively their discography is regarded by many as “definitive” or at least as essential references for an understanding of the genre and renaissance performance practice. Seemingly indefatigable, they have performed more than 2000 concerts all over the world, more than two-thirds of them outside of the United Kingdom. 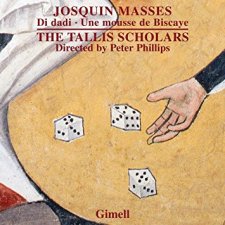 The new release is their sixth CD dedicated to Josquin, recorded 30 years after the first (Missa Pange lingua/Missa La sol fa re mi). Both were recorded in exquisite acoustic environment of the 13th century Chapel of Merton College at Oxford.

Listening to both recordings this week I am struck by so many similarities – each of the four mass settings on the two recordings are for four voices, sung by the choir in their usual practice of two singers per part. As usual only the superius (soprano) parts are sung by women – the alto parts as well as the tenor and bass are sung by men. The recordings themselves, apart from the music and the performances, are serene and brilliantly recorded with impeccable fidelity. The sound of the choir itself exudes a fascinating sonority and invites the listener into a contemplative mood effortlessly.

I was familiar with the Missa Di dadi (“The Dice Mass”) from a 1984 recording by The Medieval Ensemble of London, an all-male choir which included many stalwarts of the British early music scene back in the day, including Paul Hiller and Paul Elliot of The Hilliard Ensemble. The older recording – which is very fine – sounds dated now, with brisker tempi and a more strident sound.

The Missa Di dadi is distinctive and somewhat more well-known (or infamous?) than many of Josquin’s other masses for his reference to – and use of? – gambling or chance to determine at least some aspects of the music’s composition. In the tenor part Josquin quotes a chanson by his contemporary Robert Morton (N’aray je jambais mieulx) and uses dice symbols in the printed tenor part to indicate note-lengths of this cantus firmus for performance. 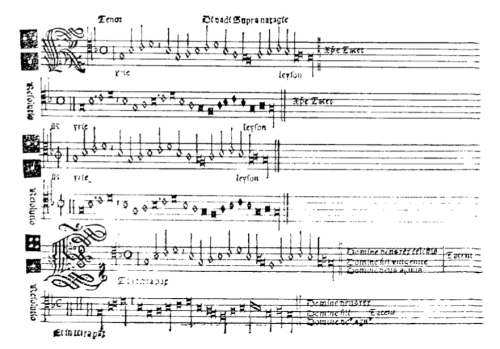 the tenor part of the Kyrie from Josquin’s Missa Di dadi, Octavio Petrucci, 1514 (click to enlarge)

The Missa Une mousse de Biscaye, like the “Dice Mass”, is thought to be an early work – in fact, his earliest mass setting. I am unable to find another example of a recording of this mass, and believe this may be the first. Both masses demonstrate indications of Josquin’s idiosyncratic style and personality, including reference to secular melodies and unusual dissonances.

Beyond the unique approach to the music’s composition – and its notation – The Tallis Scholars’ new disc is yet another carefully prepared, sonically splendid realization of masterpieces from over 500 years ago. Words like blend and tone don’t begin to describe the sense of uniformity these singers achieve as an ensemble.  For example, listen to the end of track 11 – the Sanctus from the Missa Di dadi. As the short movement slowly comes to rest at the cadence on the text Dominus Deus Sabaoth,  you will hear a harmonic richness rarely achieved by any choir, as upper partials in the final chord shimmer and reflect off the walls of Merton Chapel like the light of the setting sun through a stained glass window. This is Josquin. 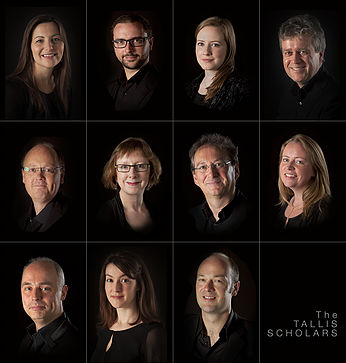 The Tallis Scholars will perform here in Nashville at St.George’s Episcopal Church on March 27, 2017.

By walterbitner in Choral, Music, Renaissance on November 2, 2016.
← Nashville School of the Arts Mummer’s Play We Come To Show Activity →