Nashville’s string of March early music events begins tonight – for the full list of performances over the next two weeks see below.

This unique event, to be held in Schermerhorn Symphony Center’s beautiful Curb Education Hall, is co-hosted by Music City Baroque and the Nashville Symphony. Barthold Kujiken will lead Music City Baroque through a public rehearsal in which he will address many of the intricacies and idiosyncrasies of performing French baroque music.

“Ornamentation was not written into orchestral parts as it was in solo music, as in music for lute or harpsichord.” said Barthold when I spoke with him last week. “There are many things for the players to do that are implied, which they may not know if they are unfamiliar with the style.”

Barthold Kujiken is currently on a brief visit to the United States – last week he performed with Indianapolis Baroque, and is in Nashville this week for a few days sharing his expertise with local early music students and professionals.

Born in 1949 in Belgium, Barthold Kujiken is a pioneer in the worldwide historical performance movement. Together with his brothers Sigiswald (violin) and Wieland (cello and viol), and Gustav Leonhardt (harpsichord), he has made a significant impact on contemporary ideas and attitudes about early music performance over the last half-century or so. 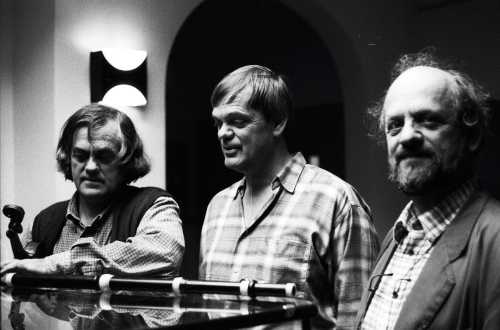 Barthold began playing recorder at 6 years old. He remarked that discovering Quantz’s famous treatise (On Playing the Flute, 1752) made a great impact on him, and on his resulting career as a transverse flute player (although he remarked that he still enjoys playing recorder). At 18 he miraculously acquired a baroque flute made by Godfridus Adrianus Rottenburgh made sometime between 1745-1750. “I was very fortunate to find a period instrument at such a young age – I learned a lot from playing it.” he said. “When I play too hard or blow too hard, it says ‘no, thank you’. Today there are so many people who make really good instruments, but at that time there were not.”

He studied modern flute at the Bruges Conservatory and has performed early music his entire life, although he was also engaged in avant-garde musical activities during the 1970s and early 1980s. I asked him if those experiences were similar to the experiments of Frans Brüggen, Kees Boeke, and Walter van Hauwe’s  recorder trio Sour Cream –  he replied that “yes it was similar, and a part of the those times…but we played music by different composers as we were in Brussels and they were in Amsterdam.”

Since the 1980s Barthold has concentrated on the historical repertoire. “Modern composers do not understand the old instruments.” he said. “The composers who originally wrote for them understood their unique qualities.”

In tonight’s open rehearsal, Barthold intends to concentrate on music by Jean-Baptiste Lully (1632-1687). Lully’s music has been a specialty of his since the early 1970s. The baroque orchestra La Petite Bande – with whom he has performed extensively for some 45 years – was originally founded in 1972 to record Lully’s ballet Le Bourgeois gentilhomme.

“I am driven by curiosity.” said Barthold. “How does what we see on the page indicate what we are to play?”

“You can’t experience a city by looking at a map. The map is not the city.”

Although not a historical performance event, this special evening includes choreography to excerpts from Antonio Vivaldi’s iconic The Four Seasons featuring Nashville Symphony concertmaster Jun Iwasaki as soloist, as well as music by Copland and Prokofiev.

The world’s finest performers of renaissance choral polyphony: don’t miss this concert. Read my review of their latest CD – a recording of Josquin masses – here.

More than 100 member of the Nashville musical community perform Johann Sebastian Bach’s music continuously for six hours in our annual tribute to Sebastian. This is one of the most beloved and anticipated musical events of the year in Middle Tennessee, and a fitting close to Early Music Month.