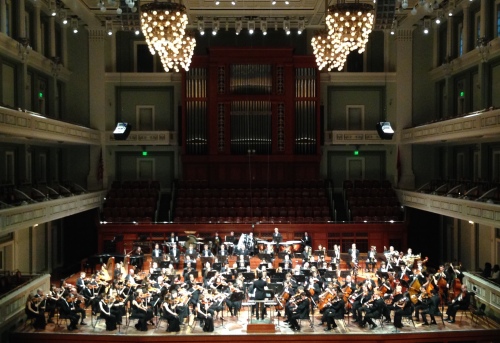 The Nashville Symphony and Curb Youth Symphony perform the annual Side By Side concert, May 19, 2016, Schermerhorn Symphony Center, Nashville

Last night, Thursday, May 19, the Nashville Symphony hosted the annual Side By Side concert with Curb Youth Symphony. With some 150 musicians on stage, I believe this was the largest orchestra I have ever heard on the stage of Laura Turner Hall. Curb Youth Symphony is directed by Carol Nies, and the annual Side By Side event was conducted by Nashville Symphony Associate Conductor Vinay Parameswaran. It included an afternoon and evening of rehearsals on Wednesday – including the traditional pizza party in the break – and Thursday night’s concert.

side by side rehearsal: the Nashville Symphony and Curb Youth Symphony, May 18, 2016

Over the course of the season, Nashville Symphony musicians work with the young musicians of Curb Youth Symphony in a variety of ways. Many lead sectional rehearsals at regular intervals throughout the year, both for CYS, as well as for school orchestras that some CYS members participate in, and for Tennessee Mid-state and All-State orchestras, which many CYS musicians also win positions in each year. In addition, Nashville Symphony musicians serve as private teachers for some of these outstanding young musicians, working with them on a weekly basis. 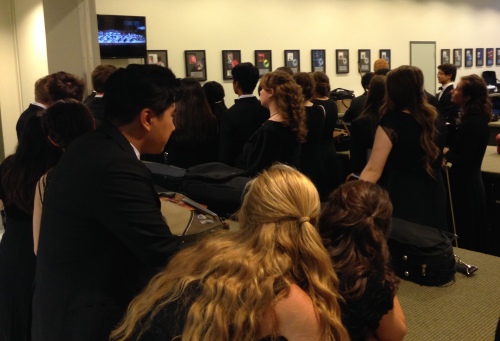 “The annual Side by Side Concert is a highlight of the year for the Curb Youth Symphony.  These young musicians are thrilled to be stand partners in rehearsals and concert with the Nashville Symphony’s extraordinary players. Superb mentors and models, Symphony musicians enable our students to learn, grow, and thrill to the joy of performing with a first-rate orchestra in the elegant, acoustically marvelous Laura Turner Concert Hall. Blair School of Music is proud to have the Nashville Symphony as a co-sponsor of our most advanced youth orchestra.” 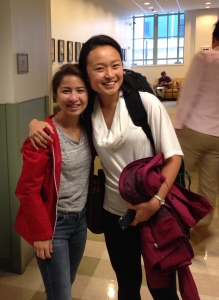 Emotions were running high during the two days that the young musicians joined their mentors at the hall – for the professionals as well as for the students. Many symphony musicians regard this event as one bearing pivotal importance, as it evokes nostalgia for their own experiences in youth orchestra when they themselves were students. For student musicians who are contemplating a career in music, the opportunity to perform in Laura Turner Hall alongside their mentors can be an inspirational experience.

Two members of CYS will be representing Nashville this summer at the National Youth Orchestra of the USA, sponsored by Carnegie Hall. Violinist Chloe Harvel and cellist David Bender, both of whom performed last night and have competed in the Nashville Symphony’s Curb Concerto Competition, won positions in this prestigious summer program, and will attend this summer. From the Carnegie Hall website:

Each summer, Carnegie Hall’s Weill Music Institute brings together the brightest young players from across the country to form the National Youth Orchestra of the United States of America. Following a two-week training residency with leading professional orchestra musicians, these remarkable teenagers not only have the opportunity to play on the famed stage of Carnegie Hall but then embark on a tour to some of the great music capitals of the world, while serving as dynamic musical ambassadors.

In 2016, the orchestra performs music of Mozart and Bruckner at Carnegie Hall with conductor Christoph Eschenbach and pianist Emanuel Ax. The musicians then embark on a European tour that takes them to Amsterdam, Montpellier, Copenhagen, and Prague, led by conductor Valery Gergiev and with pianist Denis Matsuev, performing music by Debussy, Rachmaninoff, and Prokofiev.

At the end of the night, I caught up with Vinay Parameswaran, who told me: