The Count is a concentration exercise –  a group activity – that I used with my student ensembles in the last few minutes before going on stage for a performance. It is a very useful thing to do! and became something of a special ritual with my ensembles.

I didn’t invent The Count, although I had never heard it called by any name before my students began calling it this. I first encountered it in the early 1990s when I witnessed Ellen Provost, a teacher at Blue Rock School, use it with a group of 6th graders before the performance of a play – I believe it was either The Conference of the Birds or Monkey. I began using it myself at Carrollwood Day School years later, and it was at CDS that it became a regular practice – something I always did with my students before a performance, if possible, for the rest of my teaching career.

From Music City Youth Orchestra‘s very first performance in 2008, the ritual of The Count was a special part of MCYO culture. It was our practice at MCYO concerts for the orchestra to make a “European” entrance – the students did not sit on stage warming up before the concert began in the manner of a professional American orchestra, but rather were announced and walked on stage together to begin the concert. Middle and high school students, I found, are for the most part too self-conscious to warm up in front of a crowd, and will simply sit there awkwardly waiting for the concert to begin. It was also our usual practice to hold a rehearsal a couple of hours before the concert (usually held on the weekend) – so students were already warmed up before parents and friends began finding their seats. We would spend the last half hour before the concert backstage, tidying our appearance, eating a snack, and (at least the director) trying to rest.

In the last few minutes before curtain, the entire orchestra would gather together backstage in the same room and quietly recite The Count together.

The exercise itself is a relatively simple concept: as a group, count to 100 in two sets of 50, alternating between counting up from 1 to 50 and counting down from 50 to 1. Recite the numbers slowly and quietly in unison.

In practice, it is a powerful exercise. The Count requires focus and an active attention, genuinely helped to dispel distractions, and brought the group together, ready to go on stage. Students knew (and I reminded them each concert) that once we began The Count, there was to be no more talking.

I would usually start The Count three minutes before curtain. When we finished, in the attentive silence following the final unison “1“, I would make a brief statement to the orchestra, choir or cast of the performance:

“Now it’s time to go on stage. All of us have worked very hard to prepare for this, and we know our program well. I am very proud of all of you, and of our work together, and I have loved every moment that we spent together leading up to tonight.

“If you are very lucky, you may have a special experience tonight. Sometime during the performance, you may all of a sudden realize, in the middle of everything – Here I am! Here it is! Right Now! – and you will be right there in it, in the moment we have prepared for.

“If this happens, enjoy it. Without letting this sensation, this feeling of being in it right now distract you from what you are doing, enjoy this moment. This is what we prepared for, and this will be your memory of tonight – what you take with you when the performance is over.” 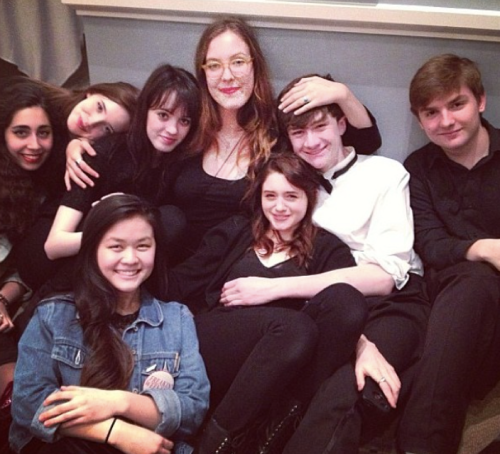 This article appeared in the January/February 2017 issue of Choral Director magazine.