What a beautiful ruin it will make!

Last month we traveled to New York for our summer vacation –  a combination of seeing old friends and introducing our teenage daughter to the city. My wife and I lived in the New York metropolitan area for nearly 5 years in our late twenties: formative years. Our first child was born there. Although I have been back a number of times since we moved away in 1995 (several times for work) and seen old friends and colleagues before, it has been a decade or more since I saw many of them – more than 20 years since I have seen some, and since we really had the time to simply roam about Manhattan.

So it was a nostalgic trip, and made me thoughtful. In addition to the emotions stirred by spending days in Manhattan and seeing a number of people who have been tremendously important in my life, my experience of New York this time was colored by the fact that during the time I was there I read Kim Stanley Robinson’s recent novel New York 2140. Stan’s new “climate fiction” novel describes a future New York in which sea level has risen due to human-inflicted global warming, with the result that Lower Manhattan has become a “Super Venice” with canals instead of streets between the skyscrapers.

While we were in New York in July, an enormous iceberg broke off the Larsen C ice shelf in Antarctica, Chinese scientists teleported a photon into orbit using quantum mechanics technology, New York Magazine published The Uninhabitable Earth (an important and thoroughly researched article on the consequences of climate change), and The New York Times published a synopsis of an article depicting the consequences to animal populations due to the Earth’s sixth mass extinction event already underway, as described in the Proceedings of the National Academy of Sciences: “Biological annihilation via the ongoing sixth mass extinction signaled by vertebrate population losses and declines“.

The future is here. As we walked the streets of Manhattan in the sweltering heat, it wasn’t difficult to imagine everything around me swamped by the rising tide.

In my personal history, New York has such a towering presence it’s hard to exaggerate it. While we lived there it felt like we were at the center of the world, and every time I go back I quickly succumb to the power this place has over my psyche. I know I am not alone in feeling this way about the city. It feels like everywhere on earth is represented there, everything and everybody – the microcosm of human life on Earth. The beating heart of the country made of the people from all the other countries. Our country. 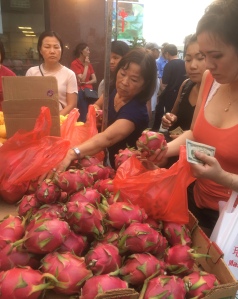 While we were in New York we ate Argentine, Chinese, French, German, Greek, Indian, Italian, Japanese, and Korean food at restaurants in addition to more “conventional” so-called American places. All of these restaurants are American. In New York, it really can and does feel like we all inhabit the same world, despite the current rhetoric in the media. 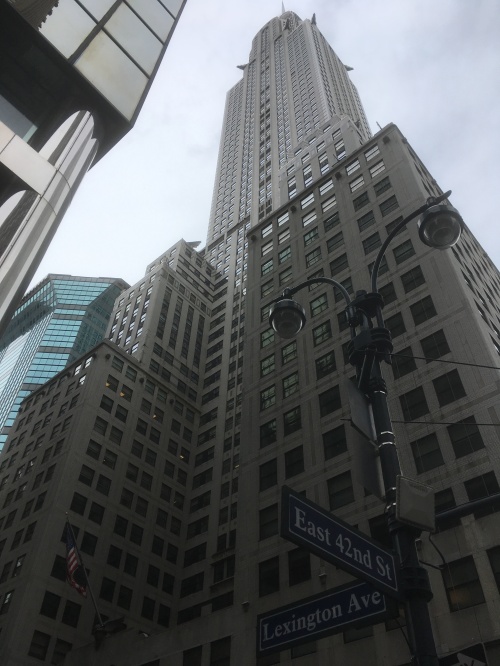 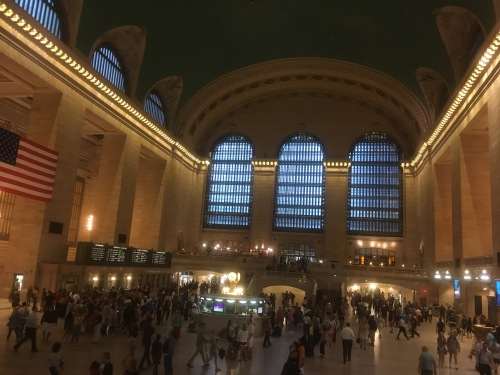 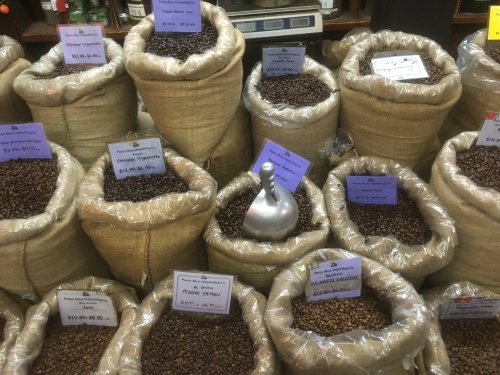 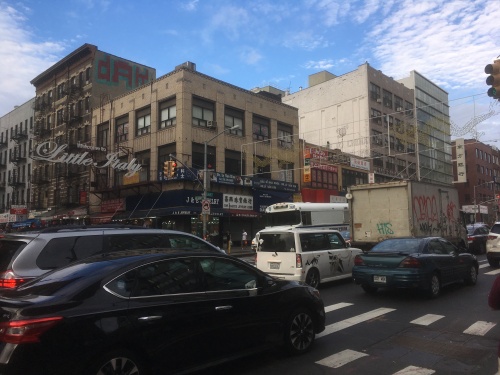 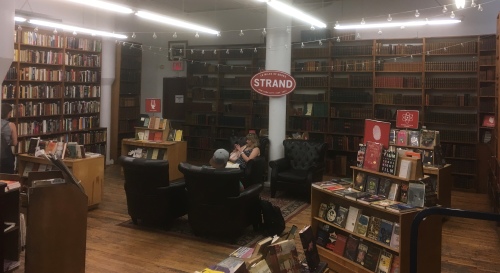 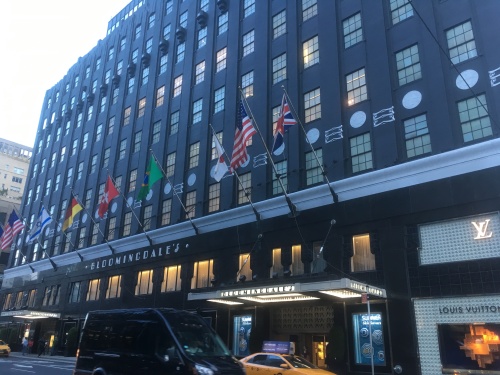 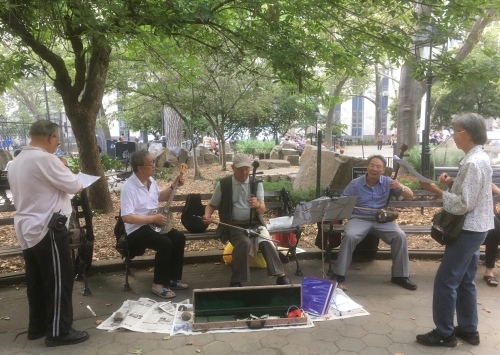 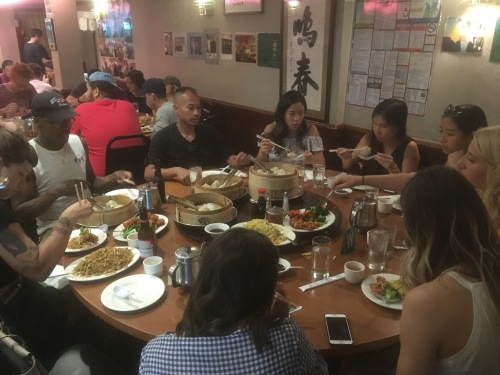 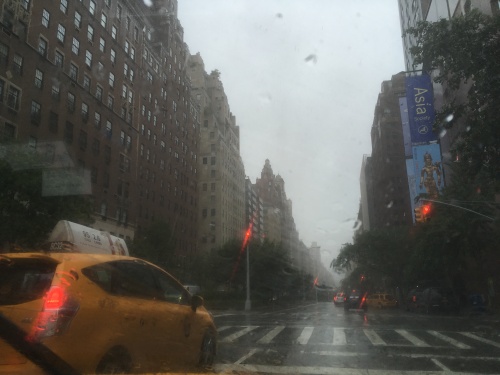 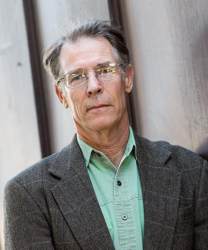 I’ve been reading Kim Stanley Robinson’s novels since I first came across Red Mars on a paperback rack at a Vermont bookstore in the early 1990s. He’s one of my favorite novelists, and in my opinion one of the most important writers of our time – in any genre. (Read more about Stan’s work, and others in My Top 21 Science Fiction Novels of All Time.)

For years, Stan’s new novels have been released in the spring, and its been my habit to purchase each new release when it comes out but save it to read on my summer vacation, when I have time to take a deep dive and immerse myself in it. So when his latest book was released in March, I set it aside for the summer as usual – although at that time I had no plans to go to New York.

Plans change. The day we arrived in New York, I started in on New York 2140. And as we walked downhill and downtown each day, in my mind’s eye I saw everyone and everything around me underwater. Drowned Manhattan.

People sometimes say no one saw it coming, but no, wrong: they did. Paleoclimatologists looked at the modern situation and saw CO2 levels screaming up from 280 to 450 parts per million in less than three hundred years, faster than had ever happened in the Earth’s entire previous five billion years (can we say “Anthropocene,” class?), and they searched the geological record for the best analogs to this unprecedented event, and they said , Whoa. They said, Holy Shit. People! they said. Sea level rise! …They put it in bumper sticker terms: massive sea level rise sure to follow our unprecedented release of CO2! They published their papers, and shouted and waved their arms, and a few canny and deeply thoughtful sci-fi writers wrote up lurid accounts of such an eventuality, and the rest of civilization went on torching the planet like a Burning Man pyromasterpiece. Really.

Which is clearly what is happening right now. And we’re too distracted by the appalling shitshow in Washington and the latest antics of the incompetent corporate puppets we’ve put in office who’ve sold us all down the river to do anything about it.

What the hell is going on here?

Frankly, I am uncertain what is to be done about all this now. It seems clear that that the so-called “climate change deniers” – now our government leaders – are simply lying corporate stooges, who are being paid well to stall and reverse as long as possible any efforts to curb global warming, because their bosses – those truly in power – are maneuvering or are already positioned to make great financial gains from the coming ecological catastrophes.

It’s not like I suddenly woke up and realized that we are on the road to irreversibly trashing the planet. Like all of us, I’ve been aware of this for years, for decades. But the urgency with which I contemplate this crisis is much greater now, due to the synchronicity of reading New York 2140 while I was in the city during the heat of summer, and to the intensity of a few other things, which I will get to in a moment.

Before I move on – and by the way – New York 2140 is an excellent, fun read, and like many or most of Stan’s utopian stories, is ultimately hopeful about the future. The colorful cast of characters include:

The only thing that seems unrealistic about New York 2140 is that the story is set 123 years from now – given the rate of climate change we are currently experiencing, the setting that Stan’s story inhabits is not likely to be nearly that distant. 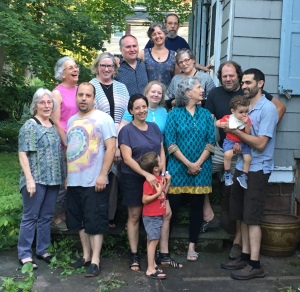 So, another thing. We lived in New York when we were in our late twenties, at the beginning of my teaching career. From 1991 – 1995, I taught at Blue Rock School, a small private elementary school in West Nyack, New York. My primary responsibilities there were to design and teach the school’s music and dance programs, but Blue Rock was (and still is, as far as I know) a teacher-run school. I sat in weekly faculty meetings for nearly five years with an amazing group of people and took in a rich and indelible set of impressions that established my own ideals as a teacher and the course my life and work would take. While I was there I not only taught children to sing and dance, to read music and play instruments – I learned how to tell stories, direct plays and other performances, I substitute taught in every class and for every subject, I took on responsibility for scheduling all classes for the entire school, I even taught Kindergarten for an entire semester! At Blue Rock School, I learned how to be a teacher.

We were very fortunate to be able to see and spend time with many of my colleagues from Blue Rock 1991 – 1995, and in fact I was unprepared for how emotionally overwhelming the experience of being with all of them again was. When I taught at Blue Rock, I was the youngest and least experienced member of the faculty, and these people meant so very much to me then, and the impressions they made on me have had a profound impact on my life. 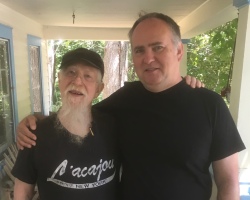 I was also able to visit my friend Steve Silverstein, with whom I studied recorder while I lived in New York. Steve opened the doors to the world of early music for me during those years, and I am forever in his debt.

So – to everyone we saw, as I was unable to properly express last month when we were together – thank you so much, all of you.

While we were in New York, one of my former students who we were fortunate to be able to visit briefly was Zaria Forman, whose life has taken off in a direction that brings the story of my summer full circle.

When I began teaching at Blue Rock, Zaria was a third grade student there, and she and her sister also studied first piano and then recorder privately with me for four years. Together with a few other students, we rehearsed and performed as The Lapis Ensemble, a rather amazing recorder consort – the group even went “on tour” to Boston one year.

We moved away, years went by, and of course Zaria grew up. A remarkable musician as a child, Zaria pursued a career in visual art (like her mother) and has now become well-known in her field not only for her incredible land- and sea- scapes, but for her outspoken advocacy on behalf of the environment.

“I consider it my life’s mission to convey the urgency of climate change through my work.” says Zaria at the beginning of her recent TED Talk (below). If you are not familiar with Zaria’s work, I strongly encourage you to visit her website, and take a few minutes to watch the video:

Behavioral psychology tells us that we take action and make decisions based on our emotions above all else, and studies have shown that art impacts our emotions more effectively than a scary news report.

Experts predict ice-free Arctic summers as early as 2020, and sea levels are likely to rise between 2 and 10 feet by century’s end. I have dedicated my career to illuminating these projections with an accessible medium.

By walterbitner in Off Topic on August 4, 2017.
← Accelerando: The First Year Martha Argerich: The Complete Recordings on Deutsche Grammophon →