Violinist Kaili Wang is known to the Nashville classical music community as the only two-time winner of the Nashville Symphony’s Curb Concerto Competition (2015 & 2017). The 17-year old Harpeth Hall rising senior is also a long-time student in the Pre-College program at Vanderbilt University’s Blair School of Music, where she studies with Professor of Violin Carolyn Huebl and is concertmaster of Curb Youth Symphony.

What you may not know about Kaili is that in addition to bringing performances of virtuosic violin literature to stages in Music City and beyond, she has spearheaded an effort to bring live music to very young children in our community, inspired by her experience playing violin for villagers in Uganda earlier this year.

END_OF_DOCUMENT_TOKEN_TO_BE_REPLACED 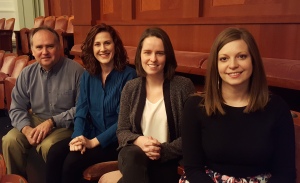 The Memorial Day Weekend is behind us now – summer is just around the corner! Soon we will enter the last stage of the season – our annual Community Concerts series of “symphony under the stars” parks concerts which begin on Thursday, June 8 at Centennial Park. But first, let’s pause to look back on our activities in the department of Education & Community Engagement at the Nashville Symphony since January.

It’s been an eventful spring for our department at the Nashville Symphony. This post is a summary of what we’ve been up to since I posted my review of 2016 fall EDCE programming. For many of the events and programs described here,  I have already written dedicated articles: for more details, follow the links! (Click photos to enlarge them.)

END_OF_DOCUMENT_TOKEN_TO_BE_REPLACED

Curb Youth Symphony & Nashville Symphony musicians rehearse for the annual Side By Side performance, May 16, 2017 ~ photo by Kelley Bell (click to enlarge)

Last week – on Wednesday, May 17, Curb Youth Symphony joined the Nashville Symphony on the stage of Laura Turner Hall for our annual Side By Side concert. Curb Youth Symphony is directed by Carol Nies, and this year’s annual Side By Side event was conducted ( for the first time) by Nashville Symphony Music Director & Conductor Giancarlo Guerrero. For two days many of Middle Tennessee’s most accomplished teenage musicians thronged the halls of Schermerhorn Symphony Center, rubbing shoulders with Nashville Symphony musicians backstage and sharing stands with them on stage as we rehearsed and performed this much anticipated event.

END_OF_DOCUMENT_TOKEN_TO_BE_REPLACED 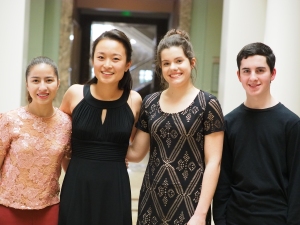