Why you shouldn’t always tell your students the truth 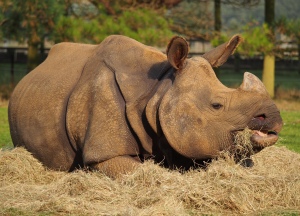 For more than half of my teaching career, I taught music & performing arts at elementary or K-8 schools – six of these schools in all, with a wide range of approaches to education between them. One common aspect among all my experiences at these schools, however, is that I spent the majority of my time at each school – thousands upon thousands of hours of my life – as the only adult in the room, in front of a group of children. We spent most of our time together singing or playing music, dancing, rehearsing plays, or working on developing our skills to do these things, but over the years we had a lot of interesting and sometimes amazing conversations – both on and off topic.

Early in my career I began to practice intentionally not answering all of their questions, hoping to spur their imaginations and spirit of inquiry, and that they would develop the habit of trying to find things out for themselves. My experience was that often students would come up with very interesting and insightful ideas about the world if I could refrain from shutting down the possibilities that opened with a question by slapping a pat answer on it.

Sometimes, especially with younger elementary school children (K – 3 or so), I took this practice a step further, and intentionally told them things that weren’t true. The story of “The Rhinoceros” that I told to first grade students at Carrollwood Day School when I taught there from 1999 – 2003 is the tallest example of these tales that I told over the years, and became something of a tradition and a legend there among the students, some of whom would even corroborate my story and help maintain the myth among the younger students once they discovered I had been leading them on.